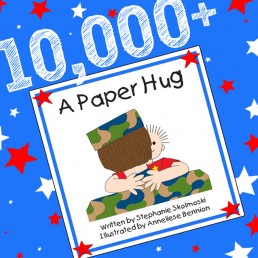 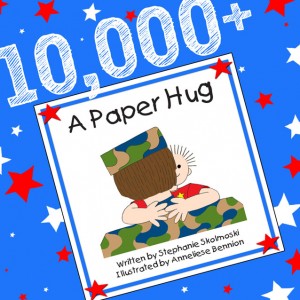 A Paper Hug was “born” in 2006. At the time, I had no idea how it would impact children, particularly children in military families. Now, 6 years later, we have just printed for the third time. There are over 10,000 copies in the hands of children and people who are advocates for children. It was inspired by two little boys who were about to send their father on a deployment. Having sent two sons to Iraq on a deployment, I knew the emotional trauma that they were about to feel. I am so glad that a simple cut-out of two little hands has helped children cope with a separation from a loved one. Whether it be a deployment, a move, a temporary separation, a paper hug is a great connection of love!